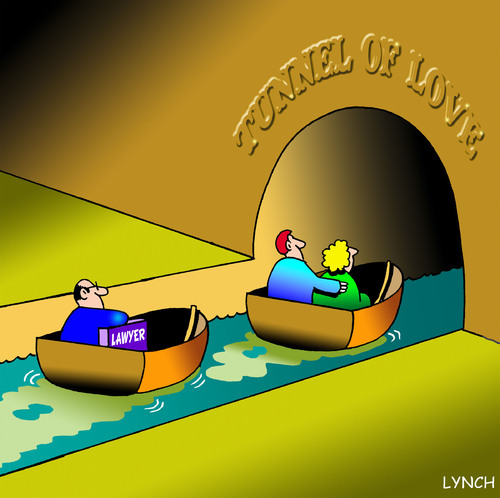 1) Is the Divorce bill already a law?

2) What are the prospects that the proposed bill will become a law?

All proposed bills under the Philippine Constitution must be approved by both the House of Representatives and the Senate of the Philippines. If there is a proposed bill (like the Divorce Bill, HB No. 07303) , this must be initiated in either houses of Congress then passed to the other house which normally has a counterpart bill which will be reconciled by a joint committee. At the moment, there is no counterpart bill with the Senate of the Philippines. Divorce bills have been discussed repeatedly by the Philppine Congress, at least in the past 20 or so years, with no success.

3)  What is the single most burdensome provision of the proposed divorce bill for those seeking a dissolution of their marriages?

In my opinion, it would be the following provisions of the law which requires the party who is gainfully employed to support the one who is unemployed. This will be an undue burden on the wife who is usually the one with a job in Philippine society. This will only be beneficial to wives in  families with high incomes where they can afford to be  full-time homemakers.

“d) In addition to the equal share in the assets of the absolute community or  conjugal partnership, the petitioner who is not gainfully employed shall be entitled to

support from the respondent until the petitioner finds adequate employment: Provided, That the support shall only be for one (1) year from the finality of the decree of  absolute divorce; Provided, Further, That the right to support shall be subject to the  provisions of Article 201 of the Family Code of the Philippines where the amount of  support shall be in proportion to the resources or means of the giver and to the necessities of the recipient.”

4) If I  have already filed for annulment, will my annulment case be dismissed because of the new Divorce bill?

No, Section 13 of the bill provides:

SEC. 13. Options and Remedies. — The concerned spouse or spouses shall  have the option to file a petition for absolute divorce under this Act or avail of legal  separation, annulment or nullification of marriage as provided for in the Family Code of the Philippines.

In fact, psychological incapacity which is the ground for a declaration of nullity of marriage under the Family Code is also a ground for absolute divorce under the divorce bill.

5) Under the proposed divorce bill, can the husband and wife sign an agreement to end the marriage like in most countries that allow for a consensual or No-Fault Divorce?

(f) No decree of absolute divorce shall be based upon a stipulation of facts or a confession of judgment.

6) In what ways has the divorce bill made it more difficult for me to have my marriage dissolved?

a) It does not allow the parties to agree to a divorce;

b) It is not very clear whether the parties to a marriage can actually jointly file for divorce because it does not allow for a stipulation of facts or confession of judgment;

c) By providing that a petition for divorce be accompanied by a joint plan for support, custody, parental authority, and living arrangements which is not required in the current procedure for getting an annulment;

d) By requiring all creditors of the parties to be notified when they file a petition for absolute divorce, which will unduly delay the process ;

e) By requiring a 6-month cooling period before the Petition for Divorce can proceed which can delay the process.

f) The proposed bill has now criminalized collusion which could be a deterrent to the spouses coming to an agreement as to the filing of a joint petition.

7) What are the grounds for absolute divorce under the proposed bill?

a) The grounds for legal separation under Article 55 of the Family Code of 3 the Philippines, modified or amended, as follows:

(1) Physical violence or grossly abusive conduct directed against the  petitioner, a common child, or a child of the petitioner;

(4) Final judgment sentencing the respondent to imprisonment of more than

(5)       Drug addiction or habitual alcoholism or chronic gambling of the

(7) Contracting by the respondent of a subsequent bigamous marriage, whether in the Philippines or abroad;

than one’s spouse during the marriage, except when upon the mutual agreement of the spouses, a child is born to them by in vitro or a similar procedure or when the wife bears a child after being a victim of rape;

(10) Abandonment of petitioner by respondent without justifiable cause for  more than one (1) year;

When the spouses are legally separated by judicial decree for more than two (2)  years, either or both spouses can petition the proper court for an absolute divorce  based on said judicial decree of legal separation.

b) Grounds for annulment of marriage under Article 45 of the Family Code 30 of the Philippines, restated as follows:

(1) The party in whose behalf it is sought to have the marriage annulled was  eighteen (18) years of age or over but below twenty-one (21), and the

marriage was solemnized without the consent of the parents, guardian or person having substitute parental authority over the party, in that order, unless after attaining the age of twenty-one (21), such party freely 2 cohabited with the other and both lived together as husband and wife;

(2)       Either party was of unsound mind, unless such party after coming to

reason, freely cohabited with the other as husband and wife;

(3) The consent of either party was obtained by fraud, unless such party  afterwards, with full knowledge of the facts constituting the fraud, freely cohabited with the other as husband and wife;

(4) The consent of either party was obtained by force, intimidation or undue  influence, unless the same having disappeared or ceased, such party

thereafter freely cohabited with the other as husband and wife;

(5) Either party was physically incapable of consummating the marriage with  the other and such incapacity continues or appears to be incurable;

be serious or appears to be incurable: Provided, That the grounds mentioned in numbers 2, 5 and 6 existed either at the time of the marriage or supervening after the marriage.

c) When the spouses have been separated in fact for at least five (5) years at the time the petition for absolute divorce is filed, and reconciliation is highly

d) Psychological incapacity of either spouse as provided for in Article 36 of the Family Code of the Philippines, whether or not the incapacity was present at the time of the celebration of the marriage or later.

e) When one of the spouses undergoes a gender reassignment surgery or transitions from one sex to another, the other spouse is entitled to petition for absolute  divorce with the transgender or transsexual as respondent, or vice versa.

f) Irreconcilable marital differences and conflicts which have resulted in the total breakdown of the marriage beyond repair, despite earnest and repeated efforts at  reconciliation, shall entitle either spouse or both spouses to petition for absolute divorce.

8)  What is the purpose behind the new divorce bill pending in Congress?

While the State continues to protect and preserve marriage as a social institution and as the foundation of the family, it shall also give the opportunity to spouses in irremediably failed marriages to secure an absolute divorce decree under limited grounds and well-defined judicial procedures to  terminate a continuing dysfunction of a long broken marriage; save the children from  the pain, stress, and agony consequent to their parents’ constant marital clashes; and grant the divorced spouses the right to marry again for another chance to achieve marital bliss.

9) What are the key provisions of the law?

10) If I cannot afford the attorney’s fees and costs of an annulment, how can the new divorce bill help me?

a) If you do not have cash or real properties in excess of 5 Million Pesos, you can avail of court assistance, such as the appointment of a free lawyer, psychologists, or social worker, and a waiver of the filing fees;

b) If you are an OFW, you will be given preference in hearings;

c) You can avail of an expedited process known as summary procedure under the following grounds:

(i) When the spouses have been separated de facto for at least five (5) years;

(ii) When one of the spouses has contracted a bigamous marriage;

For the full text of House Bill No. 07303  which is the consolidated version of several bills on divorce or dissolution of marriage in the Philippines , CLICK HERE.

We will continuously update this for the benefit of our readers.

IF THE ABOVE VIDEO HAS SUFFICIENTLY INTRIGUED YOU, BUT YOU DO NOT HAVE TIME TO READ THE  ARTICLE AGAIN BECAUSE YOU ARE ON YOUR CELLPHONE AND WOULD LIKE TO SAVE YOUR EYESIGHT FOR YOUR GRANDCHILDREN, PLEASE CLICK HERE  TO CONTACT US FOR MORE INFORMATION ON DIVORCE AND ANNULMENT IN THE PHILIPPINES.

IF YOU FOUND THE ARTICLE HELPFUL, PLEASE RATE YOUR EXPERIENCE ON GOOGLE BY CLICKING HERE

NEW RULES AND POLICIES WHICH WILL HELP YOUR ANNULMENT CASES

FROM VIDEOCONFERENCE HEARINGS TO FILING  BY EMAIL:  WHAT NEW RULES AND POLICIES FROM THE SUPREME…

5 Top FAQ About Annulment in the Philippines-Updated for 2022

FOR A MORE DETAILED DISCUSSION OF ANY OF  THE ABOVE TOPICS, PLEASE CLICK HERE.  PLEASE…

FREE ANNULMENT IN THE PHILIPPINES

Is There Free Annulment in the Philippines? We have received of late numerous inquiries on…