HOW DO YOU KNOW WHEN IT IS TIME TO GET AN ANNULMENT IN THE PHILIPPINES?

1)    YOU HAVE BEEN LIVING SEPARATELY FOR YEARS AND THERE IS NO MORE COMMUNICATION.  It has been barely 20 years since the  law has allowed for annulment in the Philippines on the ground of psychological incapacity. It was the legal answer to divorce in the Philippines and was intended to clarify the  legal status of many Filipinos who have been living separately from their spouses for years. They say that time heals, and for most, years of separation and estrangement signal that it is time to move on from a broken marriage.

2)    YOU NOW HAVE SOME MONEY SAVED AND READY TO INVEST IN PROPERTIES. Many marriages fail because the parties were simply too young when they tied the knot. Often, especially because of religious and cultural stereotypes, they were forced by their parents to marry due to an untimely pregnancy. Good-paying jobs for young people are difficult enough to find in the Philippines and husband and wife end up working abroad with children left in the care of grandparents back in the Philippines. Years of separation then take their toll on the marriage. Meanwhile, both parties have found ways to save money and are now financially capable of investing in property. Since the marriage has broken down, a purchase at this point becomes problematic legally because the property could conceivably belong  to both spouses.  Disposable money also emboldens  the aggrieved spouse to take the steps in getting an annulment , now prepared to shoulder the cost of annulment and aware of such information like the process of annulment in the Philippines and how long it takes to complete. 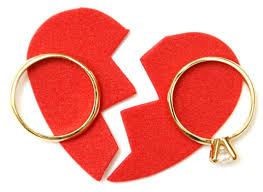 3)    FOR THE SAKE OF THE CHILDREN. This is a common excuse for staying in a failed marriage. Ironically, it may also be an escape route. When children are young enough and there is a tug of war as to which one should have custody, annulment in the Philippines may be a viable alternative to once and for all resolve the situation. Think of it as hitting two birds with one stone. On the other hand, when the children are old enough and leading their own lives, man and woman find it the best time to move on from each other.

4)    GREENER PASTURES. Filipinos are everywhere in the world.  The most important export of the Philippines are the highly educated, skilled, and dedicated overseas workers. Immigrant Filipinos form significant segments of the foreign populations in the United States, Canada, Australia, the United Kingdom, and the rest of Europe. When you have finally made the decision to migrate for work or marriage, then a broken marriage decades ago in the Philippines has to be finally resolved via the legal process of annulment in the Philippines. It just makes sense to do this before you physically migrate to another country so you can have the freedom to find your life once again. 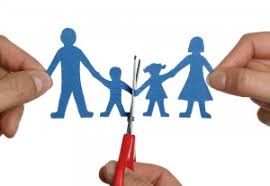 5)    YOUR SIGNIFICANT OTHER NOW BELONGS TO ANOTHER. People move on emotionally in different ways and some do so faster than others. Facebook and social media have made it easier to confirm that your better half has connected with another person or may already have a family of his or her own. Then you find yourself going online and subconsciously going through a list of expert annulment  lawyers in the Philippines . The same social media that led to your discovery have also made it easier for you to learn about annulment in the Philippines and contact an expert annulment attorney to guide you to finally obtain the legal and emotional freedom that you have craved for years.

If you are ready to break free from the shackles you call a marriage, contact us by CLICKING HERE , or add a comment below.

Will My Annulment be Granted?

WHAT ARE THE CHANCES THAT MY ANNULMENT IN THE PHILIPPINES WILL BE GRANTED? You have…